First Time Buyer Series: Bank vs Broker – Where to go for your mortgage with guest co-host Sonya Matharu

“I got told no by the lender five times and then I tried one more time and I got my yes, and I ran with it and then submitted the mortgage application and it went into offer in a week.”

In this co-hosted episode with Sonya Matharu we talk about the difference between going to your bank to try and get a mortgage, versus speaking to a broker. We educate you on the differences, what you need to take into account and why.

Banks are beginning to release their Branch Advisors, which might be a good indication of where the market is heading and the way the banks see a broker, versus their in-house advisors.

Listen in above, or read on for a summary of Sarah’s interview with Senior Mortgage Broker at The Mortgage Mum, Sonya Matharu.

What is the difference between working with a Banker versus a Broker?

I recently did a social media post on this topic because there is an option outside of the bank that you have been banking with for years and years.

You might feel that the bank already knows you, but it doesn’t mean that they are going to issue a mortgage, that is not a guarantee. You still have to apply for a mortgage and you still have to meet their criteria and affordability calculations.

They don’t say ‘we can’t issue you a mortgage, but try (x) bank down the road’!

If you’re working with a broker, your broker will get to tell you who they can go to, to source a lender based on your circumstances, your requirements, affordability calculations etc. Each one operates differently, so there are different options out there. It is quite sad when I hear some people say they cannot get a mortgage because their bank said no. I always like to challenge that and ask questions around why they were refused a mortgage.

It varies so much and it can make or break whether you can go ahead with that purchase price. If you are just looking at one lender you could be missing out on thousands. Criteria can vary so much from lender to lender.

Can it also depend on the property?

It can really depend on what type of property that you’re getting. What does that look like? Where is that situated? How was it constructed?

If you’re purchasing a flat, if it’s above a commercial property there are some lenders that won’t allow for that but there are others that would. So you might be able to get a mortgage with them but your property can’t and if you are looking at all this on your own you wouldn’t necessarily know all this.

It has made it a little more complex in that circumstances are different for people and Covid has brought along changes for people, whether that be furlough or family circumstances changing there’s so many different scenarios and every single lender has a different attitude to it.

Does the Broker’s relationship with a lender make a difference to my application?

Lenders want to keep us happy because there are so many brokers in The Mortgage Mum and we’re growing business and they love what we’re doing. They want to support us and encourage us to trust them and trust their service enough to recommend it to our clients.

Ultimately these are all businesses and it comes down to service, but there is a money element to what we’re doing.

My position isn’t straight forward, can I still get a mortgage?

It can happen if you have the right broker.

I recently had some first time buyers and hadn’t been living in the UK for very long but they had their permanent residency here. They had their British passports through but because of the pandemic there was a backlog with issuing national insurance numbers. So they didn’t have their NI numbers and they were on emergency tax codes so they were paying their tax. Since moving over here they had been in continuous employment so it was all above board.

They were looking at 95% loan to value, so what that means is they were looking to purchase a property at 5% deposit and it was also a new build without using any Help to Buy schemes.
So there were quite a few elements of criteria there and typically 95% on a new build property is quite tricky. Not many lenders tend to do that without using the government’s Help to Buy scheme.

I don’t often take no for an answer if I really believe in my client so I contacted the lender and asked them why they declined this case.

The answer I got back was that it failed on internal credit scoring. It was very much a ‘it is what it is’ response. I wasn’t prepared to leave it like that so I emailed again and I was very persistent and what they then told me was that they were going through some internal changes and perhaps to try and put it through again in a week or so because then they would perhaps benefit from the more lenient internal credit scoring and potentially get a better decision.

I then explained that to my client and that by putting it through again it won’t affect their credit score and they were fine with submitting everything again a week later, which I did.

It got accepted which was really great and the clients were over the moon as it meant they could go and reserve the property. We then went to submit the full application and one of the mandatory fields was a national insurance number which they didn’t have and with the backlog they weren’t going to get it until October. This was in August and when it’s a new build, there is a lot of pressure to get it done quickly and if it wasn’t going to get submitted in August they were going to lose the property.

I was speaking with the lender to see if we can proceed without the national insurance number because we have everything else. I even had it in writing that you don’t necessarily need the number to apply for a mortgage and it shouldn’t affect the lending decision.

I had everything to back up my argument and I still got told no by the lender five times, but then I tried one more time and then I got my yes!!

I ran with it and then submitted the mortgage application and it went into offer in a week.

That story really demonstrates everything we do. It’s about having a human being who cares about your situation enough to understand and fight for your mortgage to go through.

There are some cases where it is a no, and you have to accept it for what it is and leave it at that, but when everything else is stacking up and it’s one thing that’s not necessarily the client’s fault, then I’m not going to just let that go.

Does that happen in the banks?

I don’t want to be disrespectful about banks because we need banks and the whole business is so reliant on them but the in-house advisors can be very much ‘computer says no’.

They do also share information on clients, they share fraud information between them and share strategies. It’s very much a team in a way so I am interested to see what the other banks do following this move from Santander. If you are a Santander broker or any broker in a bank it goes without saying that you’re not on your own there’s a whole industry out here ready to catch you, so please do get in touch. Lots of people work in banks for long periods of time and it can be really stressful.

Can you explain a little about the course that you and I are going to be launching in 2022?

There’s going to be two courses, one for people who are thinking about becoming a broker.

If you are intrigued by the role of a mortgage broker and want to dip your toe in and see if it is for you before you commit yourself and pay for the qualifications then the first course is great.

Or if you are a newly qualified broker and don’t know how to go about progressing your business then we can help give you some tools and share how we have ran our business.

So to summarise what is the difference between a bank and a broker?

Banks have access to their own products and their own affordability calculations, it seems to be their way or no other way. Whereas mortgage brokers have access across the whole market and to various products available from all lenders.

The first difference is in products available, the second is the affordability and the third is service. By service, we mean there is someone there holding your hand and fighting your corner every step of the way and it’s the same person throughout the whole process.

Thank you to Sonya Matharu for joining Sarah Tucker on The Mortgage Mum Podcast for this insightful podcast episode.

Listen to The Mortgage Mum Podcast on all major podcast directories including Apple and Spotify. You can also catch up on previous episodes on our website and on The Mortgage Mum YouTube channel. 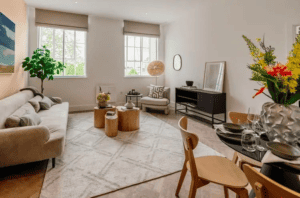 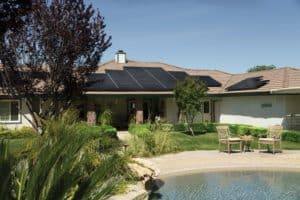 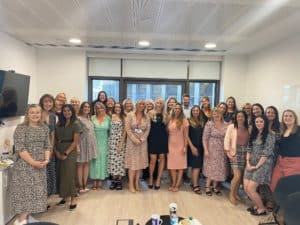